This film reveals the untold story of a secret army of 140,000 Chinese workers who travelled to Europe in 1917 to form the backbone of the Allied war effort.  These unsung heroes risked their lives building vital trench systems, maintaining tanks and dismantling unexploded bombs. But their contribution was literally painted out of history in more ways than one.  Now, armed with a treasure trove of recently discovered letters, diaries and documents their British descendants go on an emotional journey to discover how their forefathers helped win the war.  The ‘Panthéon de la Guerre’ was the biggest painting ever commissioned and depicted all the Allies, with one glaring omission: the Chinese Labour Corps. Through forensic analysis of what remains of the painting today the film also examines how and why these heroes were erased from history. With over 60,000 WW1 memorials in the UK and none dedicated to the Chinese Labour Corps, the film follows the campaign, championed by many including the late Sir David Tang, Gemma Chan, Joanna Lumley, and the Ensuring We Remember campaign, to get the first ever public memorial erected in Britain. 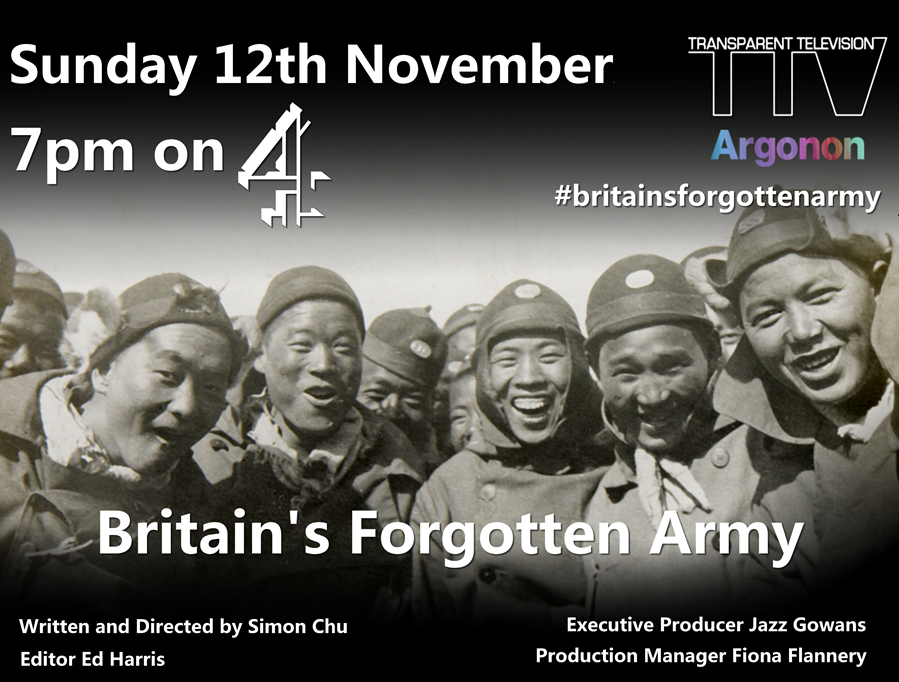