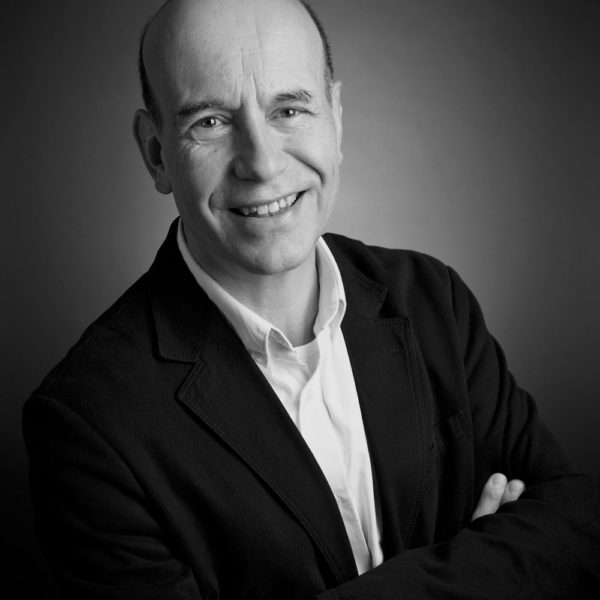 David Dugan founded Windfall Films with Oliver Morse and Ian Duncan in 1987. He has created many ground-breaking science series, most recently the BAFTA-winning Inside Nature’s Giants that looks at the natural world from the inside out. His strong narrative approach to documentaries has won him many awards, including: Emmys, Royal Television Society Awards, Grierson awards, Broadcast awards, British Science Writers awards and a BAFTA.

He directed Alex: A Life Fast Forward which was broadcast in BBC3’s Remarkable Me season and the Inside Nature’s Giant’s Special: Polar Bear (Channel 4). He is executive produces on much of Windfall’s science output. Recent productions include: Last Shuttle: Our Journey (DiscoveryUK/Science), Meet The Elephant Man (Discovery/C4), The Operation: Surgery Live (C4), and the Grierson award-winning documentary, The Truth About Race and Intelligence (C4), Rageh Omaar’s journey into the dangerous territory of race and IQ. He is also executive producer of the Royal Institution Christmas Lectures which are now broadcasting on BBC 4.

Dugan likes the challenge of turning difficult subjects into engaging films. He created and produced the Emmy-award-winning series DNA, to mark the 50th anniversary of the double helix, which featured most of the key players in the history of this molecule. He has also tackled fundamental physics in Reality On The Rocks, a trilogy of films in which the comic actor, Ken Campbell, tries to get to grips with Stephen Hawking’s A Brief History of Time.

His RTS – nominated six part series The Day The World Took Off unraveled the underlying causes of the industrial revolution by going backwards in time from a single day in 1830 to 10,000 years ago. This innovative approach to history followed five free-thinking intellectuals as they explored the roots of the modern world.

Dugan has directed many NOVA documentaries, most recently Lord of The Ants (PBS/NOVA), a profile of the inspirational Harvard biologist, E.O. Wilson; and Absolute Zero, a two part documentary exploring the conquest of cold for BBC/WGBH-NOVA/Arte and he wrote and directed Mummy: The Inside Story, a 3-D theatrical film using CAT scan technology to delve inside the mummified body of Nesperenub which played in theatres at the British Museum and around the world.

Dugan also developed what some claim to be the first reality TV show, The Tourist Trap. This radical format used hidden cameras to challenge national stereotypes, by comparing the behaviour of four nations on holiday. He was also executive producer on C4’s reality adventure series Lost!

Before Windfall, Dugan spent ten years at BBC TV in the Science & Features Department and a brief spell at NOVA in Boston. He won a Sunday Times Scholarship, after completing a postgraduate course in Journalism Studies at University College, Cardiff. An early fascination with explosions led him to study chemistry at University College London.