TTV Erick: The Boy With No Face: Extraordinary People

Erick: The Boy With No Face tells the heart-warming story of Ugandan, Erick John Rwabirire. The 17-year old was born with a rare tumour that’s grown so large it’s now the size of his head, he can’t eat, drink and it’s increasingly difficult for him to breath. In a last bid to save his life a team of top UK surgeons decide to fly him the 4,000 miles to London for a risky experimental procedure to remove it and rebuild his ravaged face. The medical team have given themselves only 24 hours to complete it, as Erick is so weak he won’t survive any longer. Part of Channel 5’s “Extraordinary People’ strand, this film tells the extraordinary story of one boys fight for survival and ultimately the chance to fulfil his potential. 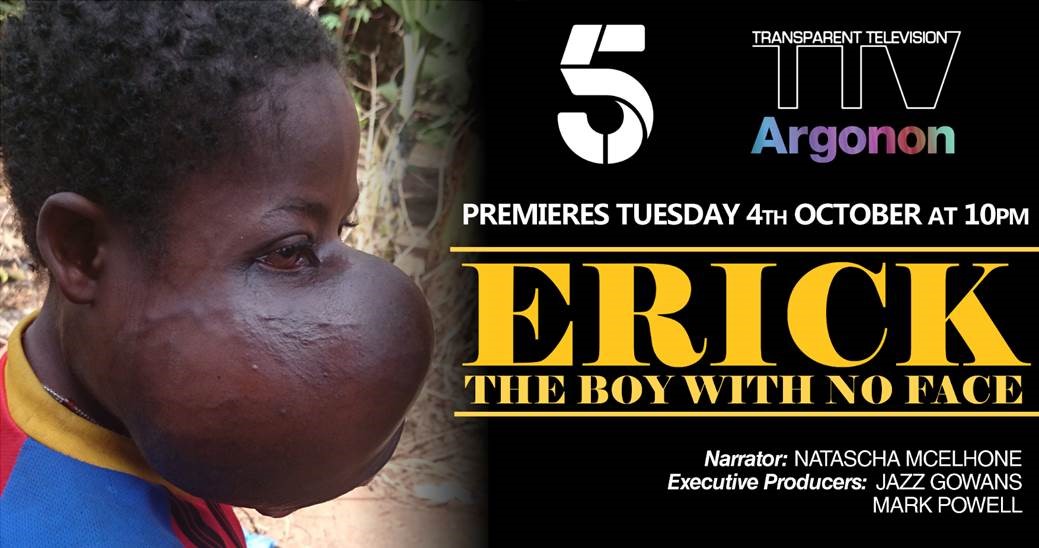